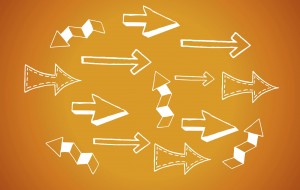 Here’s to the crazy ones. The misfits. The rebels. The troublemakers. The round pegs in the square holes. The ones who see things differently. ~Apple, Inc., 1997

So begins one of the most brilliant advertising campaigns in history, celebrating the person who can “Think Different” and change the world.

When the rest of the world was zagging, Apple and Steve Jobs chose to zig.

It’s a theme that has resonated with people throughout the ages: the image of the rebel, fighting against “the man,” blazing her own trail, status quo be damned.

These days, I think introverts are seen as rebels. When the rest of the group wants to party into the night, we say, “Eh, I’ll pass.” While everyone is fighting to get a word in edgewise, we’re waiting, patiently, until our words will make an impression. If others are trying for the quick bright sparkle, we’re more inclined to aim for a steady warm glow. Owning all of that takes courage, and yes, even a rebellious streak.

But we’re not always praised for that courage. Introverts know this well, when our mental health is questioned because we decide to fly solo instead of socialize on a Friday night. As an introvert entrepreneur, we’re rebels among rebels, since there’s an extrovert expectation even among those who have chosen to shun the corporate life.

This phenomenon has popped up in interesting ways for me, some related to my introversion, some not. I’m not a member of a large networking group, preferring to attend a variety of events as I’m able and interested. I don’t do lots of sales calls or prospecting, but instead focus on going deep rather than broad with my relationships. And while I definitely have an interest in financial freedom and being an influencer, my main goal isn’t to build an introvert empire that’s bigger and better than what is and ever shall be.

But there’s one particular choice I’ve made that’s raised the hackles of my rebel friends: to traditionally publish my next book.

I’ve known since I could put pencil to wide-ruled paper that I would write a book someday. There was just no doubt. While other pipe dreams fell away, this one refused to be erased. The only question was what and when. I hadn’t thought too much about the how, trusting I’d figure that part out once the what reveled itself.

That what became clear in 2010, when I founded The Introvert Entrepreneur. Ah ha! I thought – now I know what my book is going to be about. So I did what most research-loving introverts do: I set out to learn the best way to bring my book to life. There seemed to be numerous options that boiled down to three broad categories: self-publish, publish with a vanity press, or go with a traditional publishing house.

Oh, how I worked myself into a tizzy thinking about the pros and cons of each choice! While I obsessed about the how of the whole crazy mess, my book outline starved for attention. It was so easy to get wrapped up in the research. I was stunned by the divisiveness of the issue. Blogs, articles, and even entire books were devoted to swaying an aspiring author one way or another.

“Self-publishing is the only way! You keep control of the product and money!”

“Traditional publishers are evil and greedy! They’ll destroy your work!”

“Self-published books are crap! There’s no quality control! If you want to be taken seriously, you’ll go for a book deal!”

It took being on vacation in the woods of northwest lower Michigan to clear my head and see the truth: it didn’t matter HOW. At this stage in the process, the most important thing was the message. The book. The manuscript. So I turned my attention to writing. I decided that I would follow my gut and attempt the traditional publishing route, knowing that self-publishing was also an option I was willing to pursue. It was important that I saw the two choices as equal. I tried not to set up one as ideal and the other a second-best, also-ran result. After all, both would accomplish my bottom-line goal: my thoughts, on paper, shared with the world, making a difference in people’s lives. 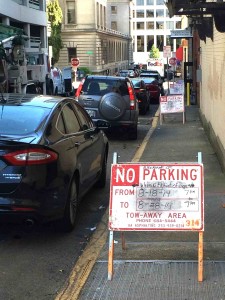 Yet another example of our urge to rebel.

It was the ultimate test of what I tell myself almost everyday: I am open to outcome, not attached.

That moment of clarity came to me three years ago. Since then, I’ve shared my intention to be traditionally published with dozens of my fellow entrepreneurs. Most were supportive. They got it without me explaining it.

But I was surprised how often I was put on the defensive by others. They saw my choice as selling out, even if they didn’t use those exact words. They would ask, “Why would you want to give up control of your message like that? Don’t you want to make money off your book? Why would you want to jump through all of those hoops? You do know that traditional publishing takes forever right? Why do that when you could have your book on the shelf in 30 days instead of two years?”

In their minds, I was zagging (going old school) when I should have been zigging (riding the wave of the future).

I wish I could say I had some snappy answer to their questions. Instead, I said, “It’s something I want to do. I’m not sure why, but I have to give it my best shot.”

I won’t get into all of my reasons here (perhaps another post!), but deep down, I knew why I was doing it, and to me, it felt like a zig move. It was risky and vulnerable. And I knew I and my business would be stronger for the effort.

Even today, reflecting on how it all played out from the position of having secured a book deal with a major publisher, I can’t look at the choices I weighed and see any of them as better or worse. And I hope I wouldn’t judge someone else’s choice. If they want to zig, great! Go for it! If they want to zag, rock on! Be awesome!

The point is that it doesn’t matter whether you zig or zag, go with the flow or against the tide. The most important thing is that you choose your course based on what’s true for you and what’s in your heart. You don’t have to know why, and you don’t owe anyone else an explanation.

If others question or judge your choice, that’s their issue. That’s their fear or doubts or insecurities coming through. If their questions trigger you, use them as a reflection point to reinforce or adjust your course (after all, they may be tapping into one of your fears that deserves to be confronted). But don’t give them more power than they deserve. Don’t let someone else’s fear determine your direction.

Every day, in ways large and small, we’re confronted with the question: should I zig, or should I zag? In the end, the answer depends on what’s most important to you. If you trust yourself, commit, and own your choice, you’re a winner, no matter the outcome.

What about you? When have you been in a zig/zag situation? What helped you make your choice? Please share in the comments!