One rainy afternoon a few years ago, I was driving into Seattle for a networking event when my husband called me on my cell. I answered (this was pre-hands-free law) and listened, noting the barely perceptible panic in his voice: something unexpected had come up, and he needed the car for an off-site meeting. Since I was in the car, traveling up I-5 at 65mph in the opposite direction from him, he clearly had a problem.

There was a time when I would have sighed, said, “I’ll be right there,” and gotten off at the next exit and turned around. He called me with a problem; I had to save the day, right? I would have felt mildly annoyed but, in a twisted way, virtuous for having come to his rescue and fixed his problem.

But that’s not how this story ends. I listened to his description of the situation and said, “Oh dear, I’m sorry to hear that. How else can you get to the meeting?”

We brainstormed for a moment, he said, “I’ll figure it out,” and we hung up. And I forgot about the conversation until I got home later that evening.

This might not be a big deal to some people, but it was a true turning point for me. It was one of the first times I’d intentionally taken a concept I use in coaching and put it into practice personally: view and hold others as whole, capable, and resourceful.

While the words are simple, the concept is a game-changer.

If I choose to hold someone else as whole, capable, and resourceful, I see her not as a person to rescue, but a person to respect. Not broken, but healthy. Not helpless, but self-reliant. Not clueless, but creative.

So when I listened to my husband and didn’t offer to swoop in and make it all better, I was actually respecting his capacity to solve his own problem. I was reminding him, in so many words, that he can take care of himself. I can offer support and a sympathetic ear, but I don’t have to abandon my own priority to take care of his. I trust that he can handle it (which increases his trust in himself).

That’s a fairly obvious and simple example. There’s not a lot of emotion surrounding the situation, nor are the consequences dire. But how does it apply to more complicated situations? And why is it important to introverts?

I use the concept of whole, capable, and resourceful every single day. It primarily comes up in my coaching work. Each session, I listen to clients share their business or personal challenges, some of which are fairly profound. I have to check any urge to solve their problems. My job isn’t to give them advice and tell them what they should do (they get enough of that from other people). My job is to support the client as seeing himself as whole, capable, and resourceful.

Most of the time, it’s easy. I’ve been practicing it for almost five years, so it’s not something I actively think about too much. But I remember in the beginning, I’d almost be haunted by my clients’ stories. I’d carry their thoughts with me and feel their pain. There was only a thin veil between their energy and mine.

So much of being a healthy, happy introvert is about managing our energy. To do that, we often find we need to establish boundaries: around our quiet time, our work spaces, our social interaction. And depending on our personality, we might find those boundaries frequently being violated because of our equal need to help (to be of service), to feel needed, to show love by being the shoulder to cry on or the sympathetic ear.

Being “The Fixer” is a comfortable role, especially for the introvert who almost feels relief when there’s a problem to focus on (which steers attention away from the social aspect of the interaction).

Therefore, this becomes the perfect opportunity to practice establishing a boundary of compassionate detachment, one that allows us to be present for someone without getting roped into the drama.

I can hear some of you now: “Yeah, that would work with a person who has it together, but it wouldn’t work for my crisis-oriented, super-needy brother/best friend/mother-in-law.”

I’ll grant you this: there are some people who have certain life challenges that may make it seem difficult – if not impossible – for you to see them as whole, capable, and resourceful. Try anyway. Find ways to see past the surface issues and speak to their deeper self, the one that longs to be respected and cherished.

Because that’s the bottom line: when we treat others with dignity and respect, they often rise to the occasion, whether they believe in their own capacity or not. Your belief in them inspires belief in themselves. This allows you to be present and compassionate without giving away your power.

It takes time to build this muscle. Start by noticing when you jump into rescue mode, and practice solving the problem with, rather than for, the other person. Gradually release any feeling of responsibility for their solution, and instead focus on how you can create a space that empowers the other person to figure it out.

Carl Jung concluded, “As far as we can discern, the sole purpose of human existence is to kindle a light in the darkness of mere being.” You don’t have to stamp out the darkness; simply be the gentle light that shines on the brilliance of others, so they can discover it for themselves. 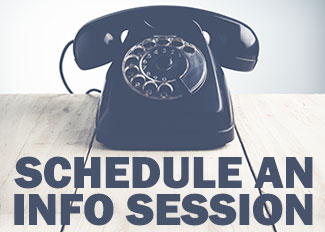